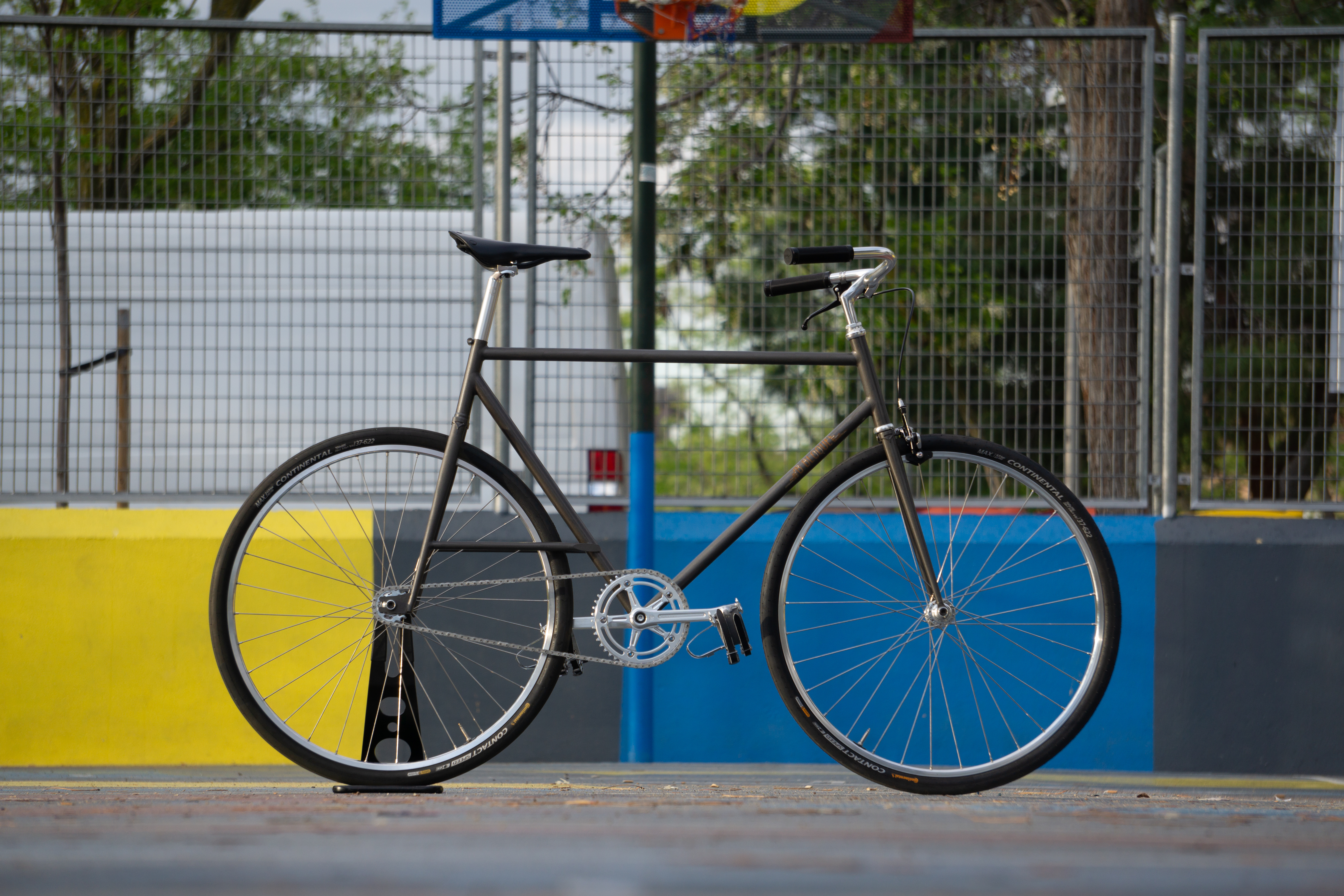 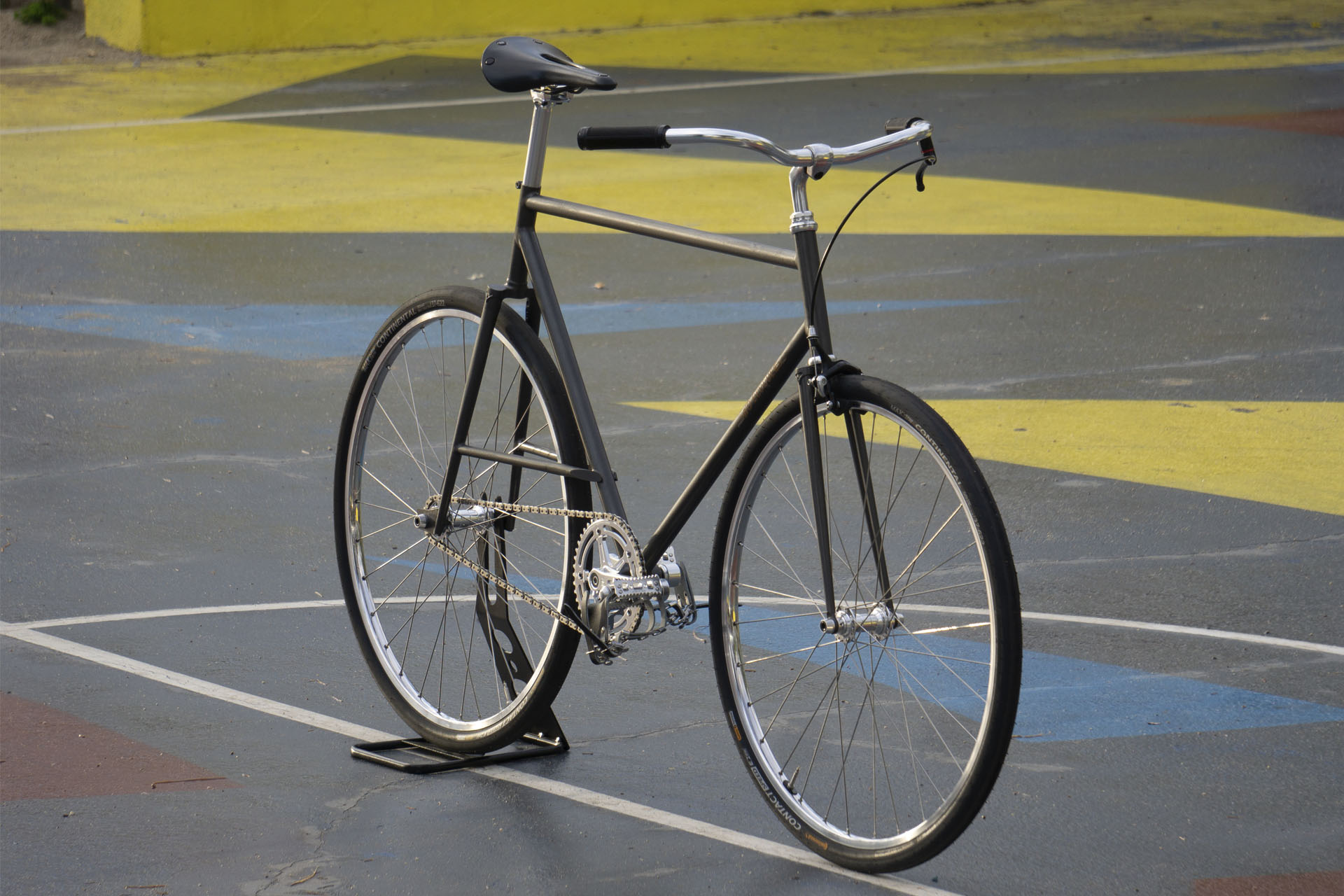 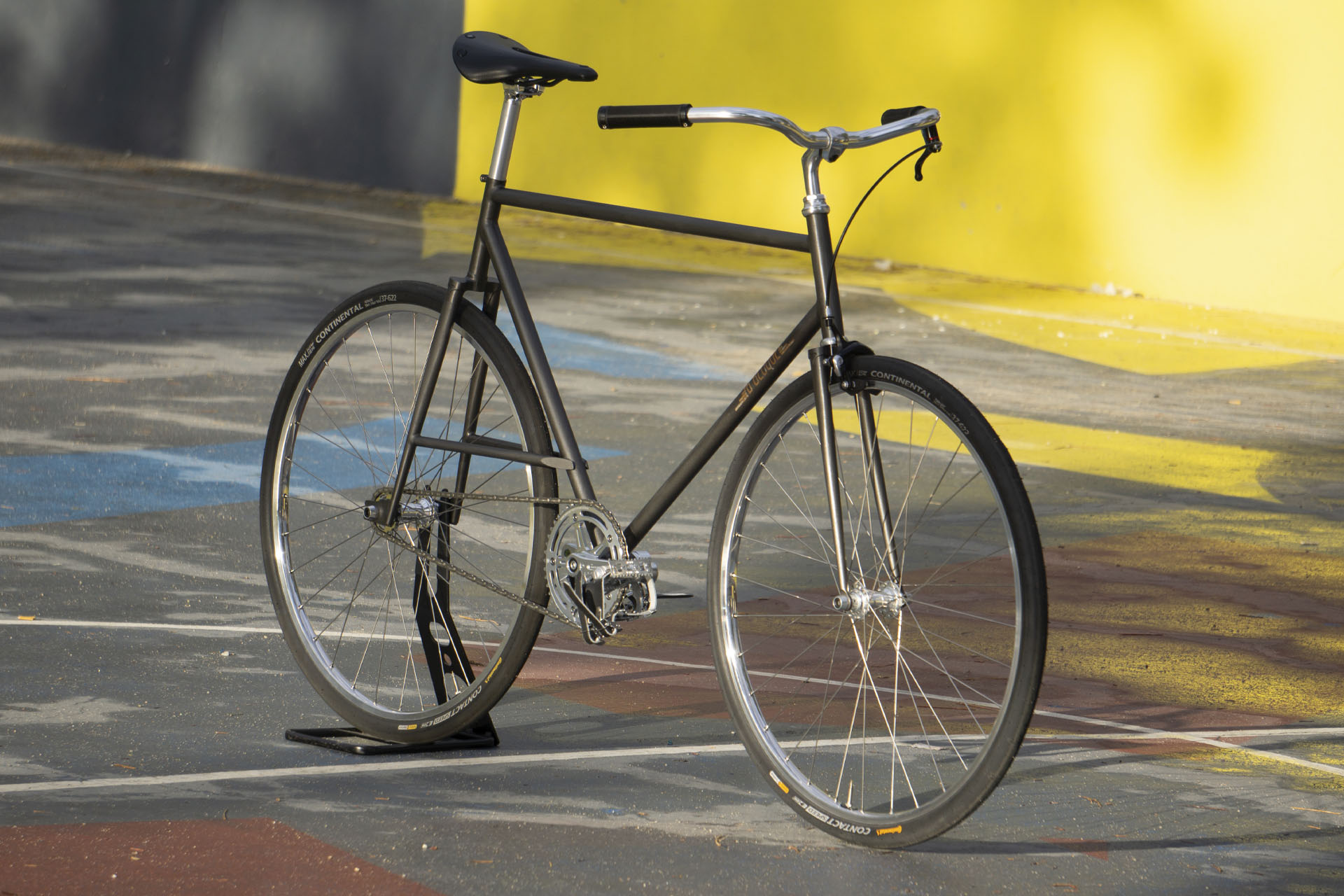 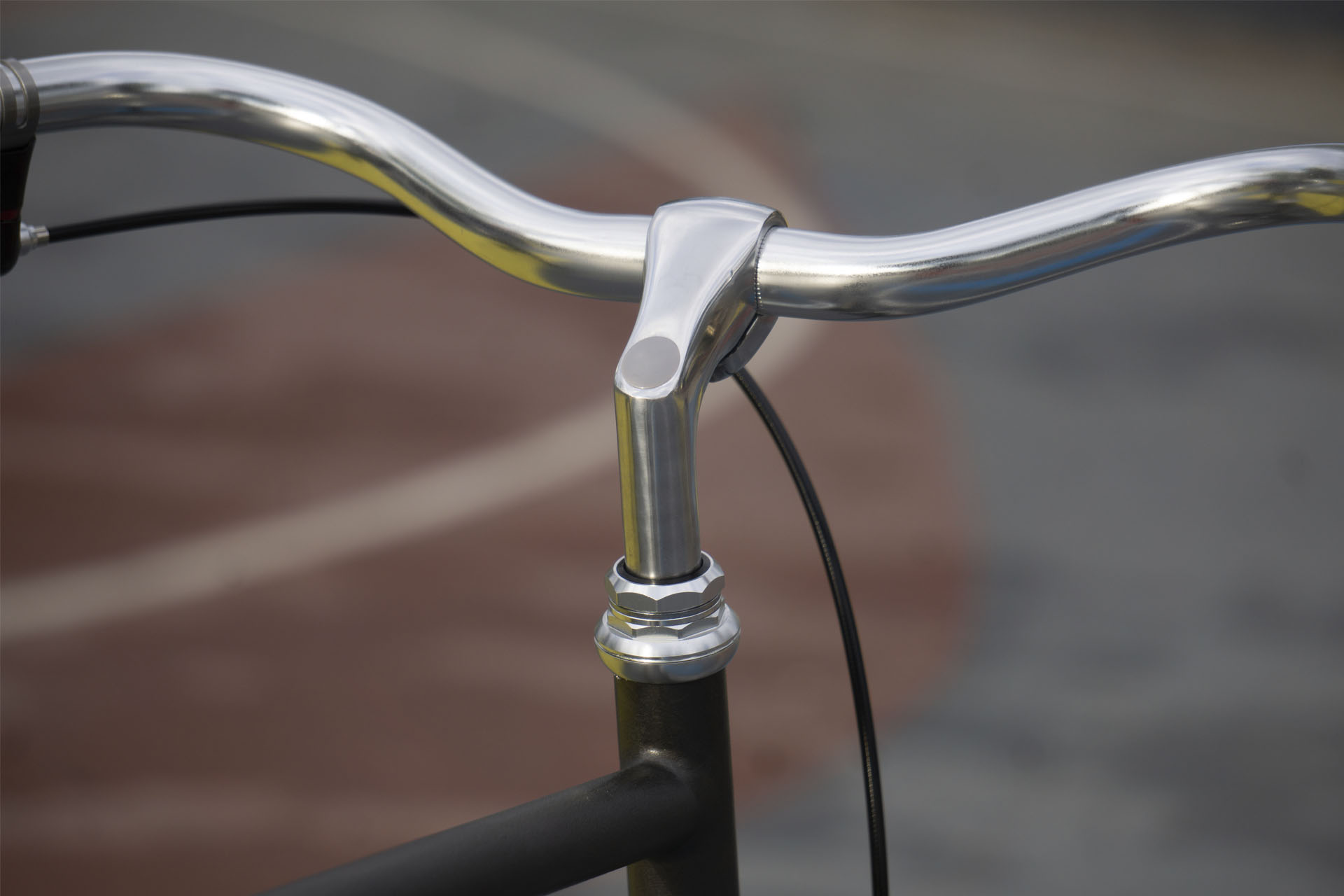 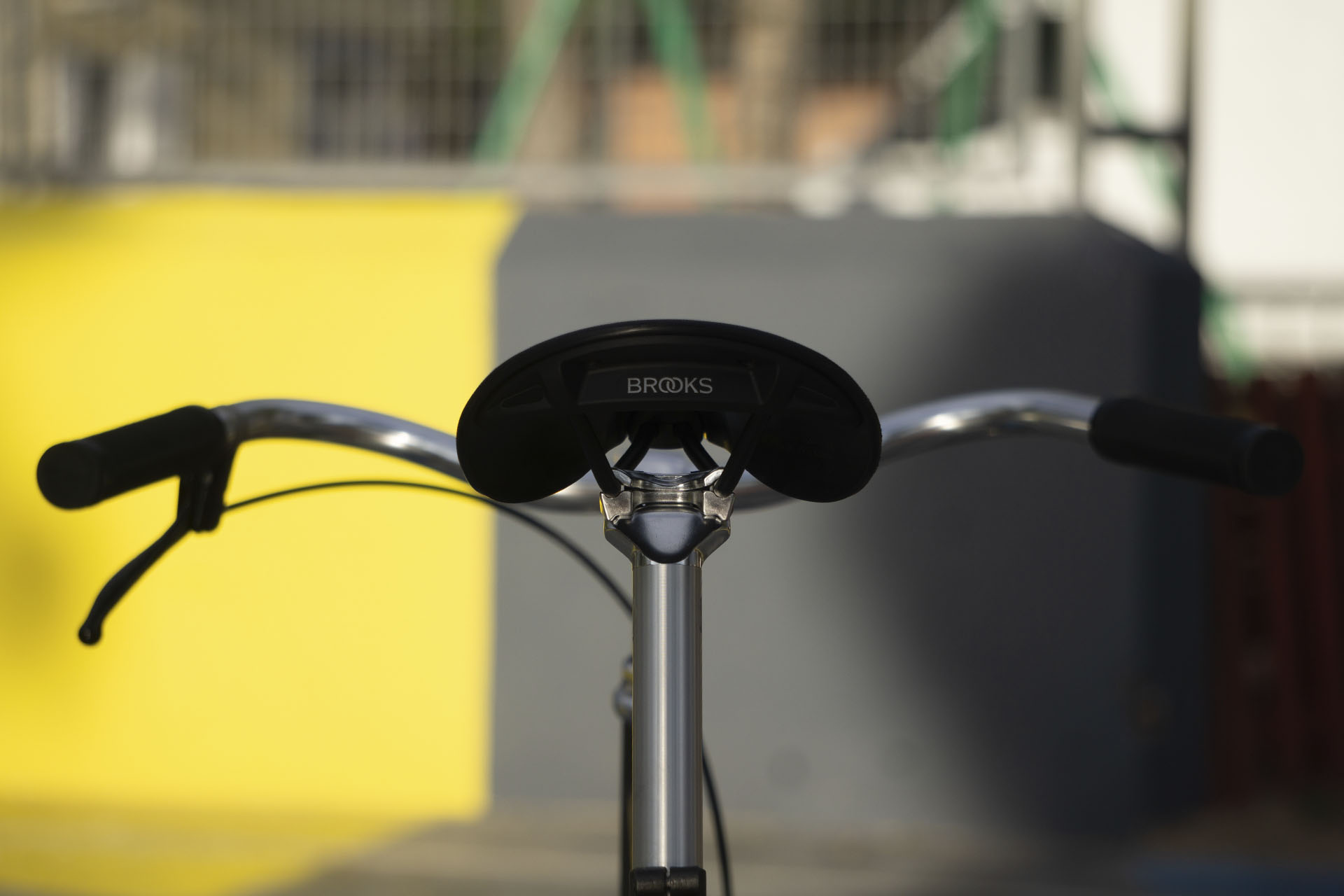 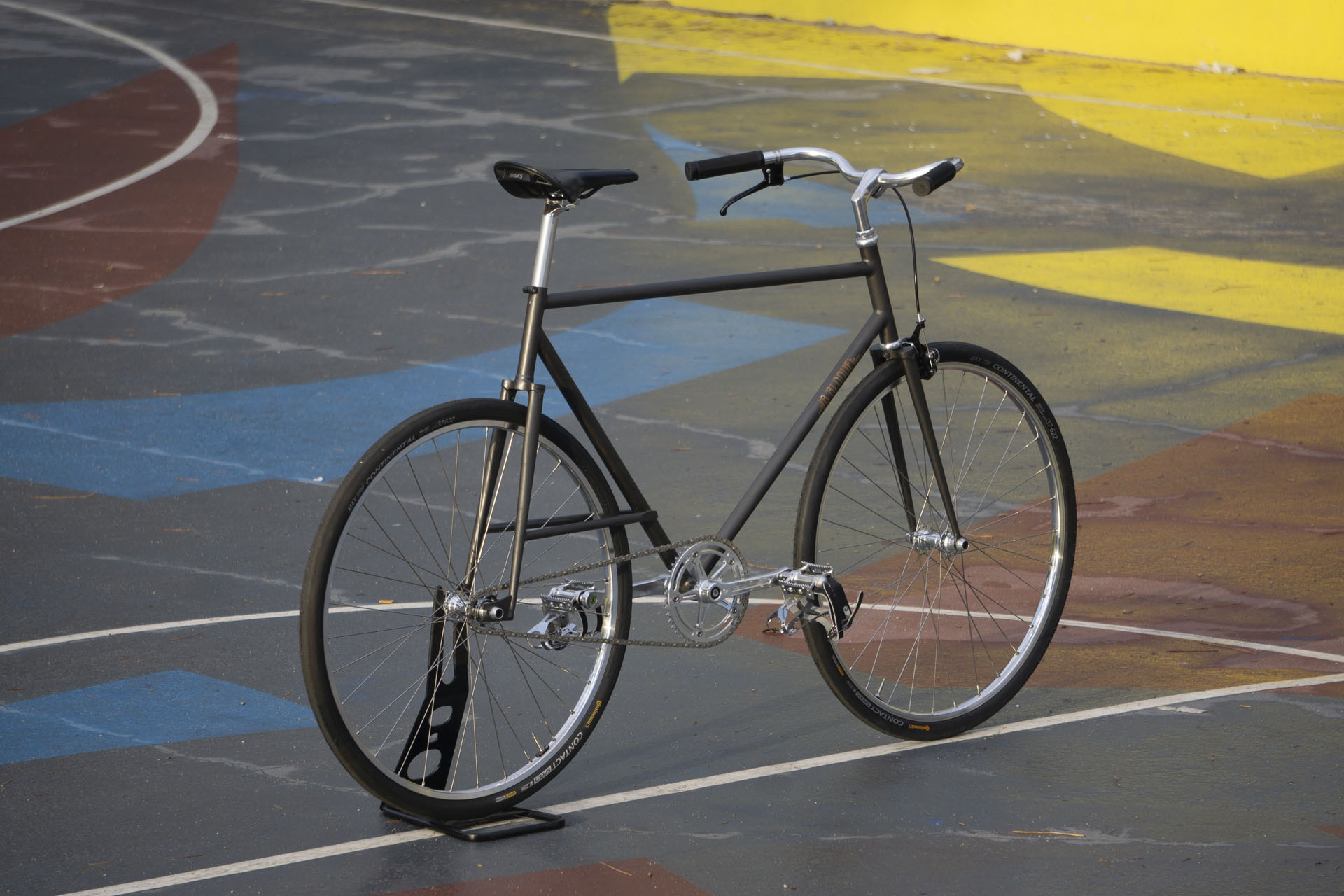 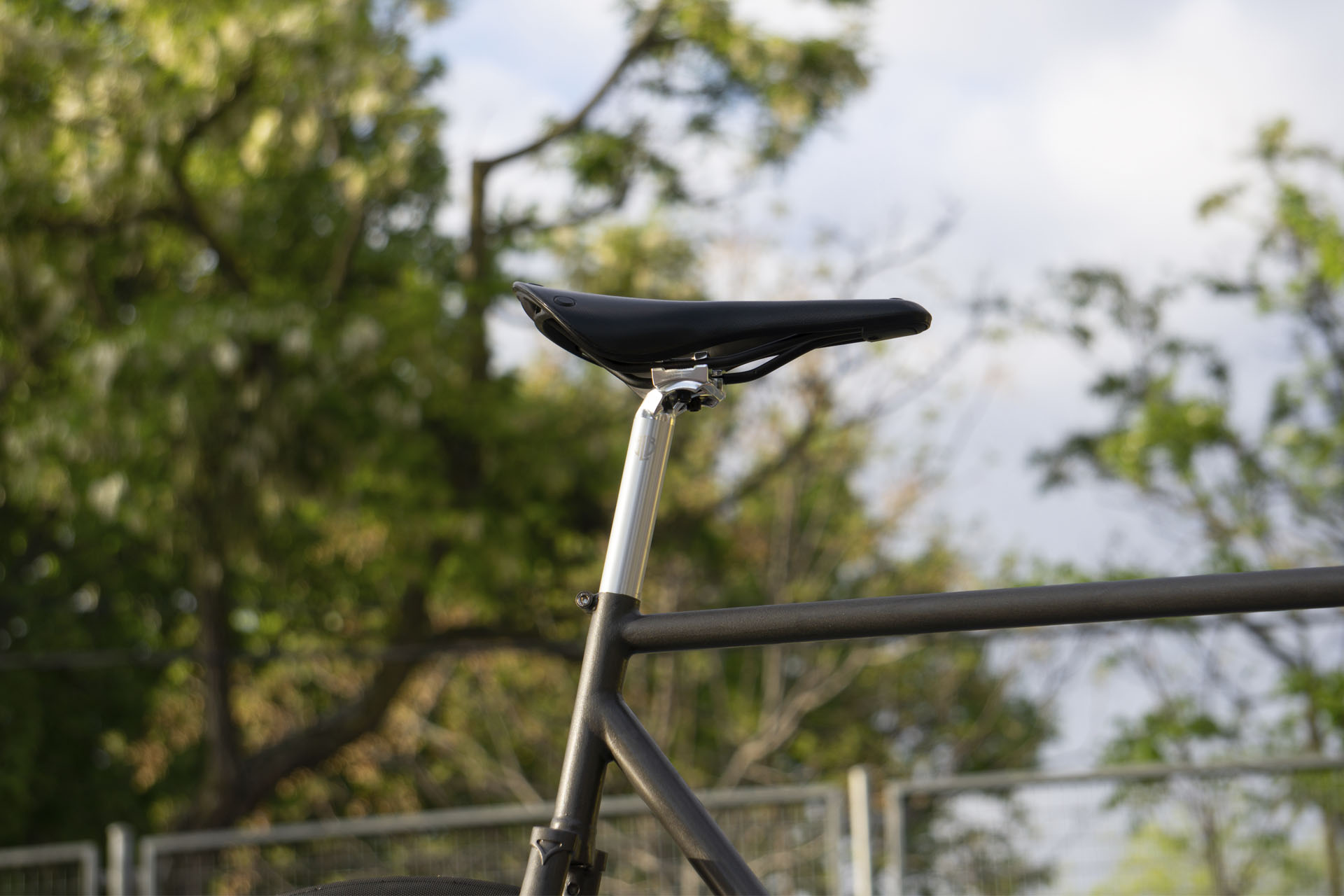 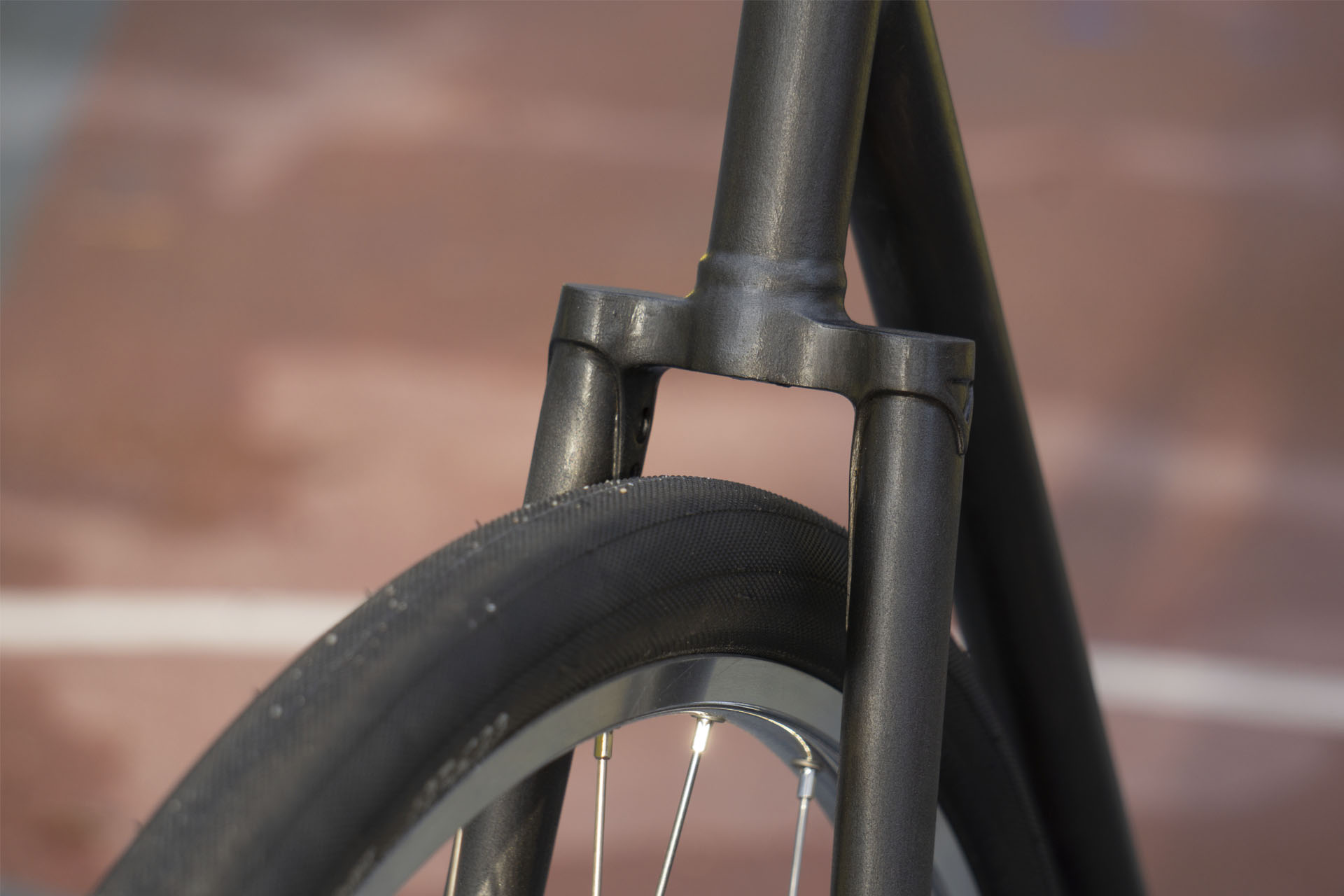 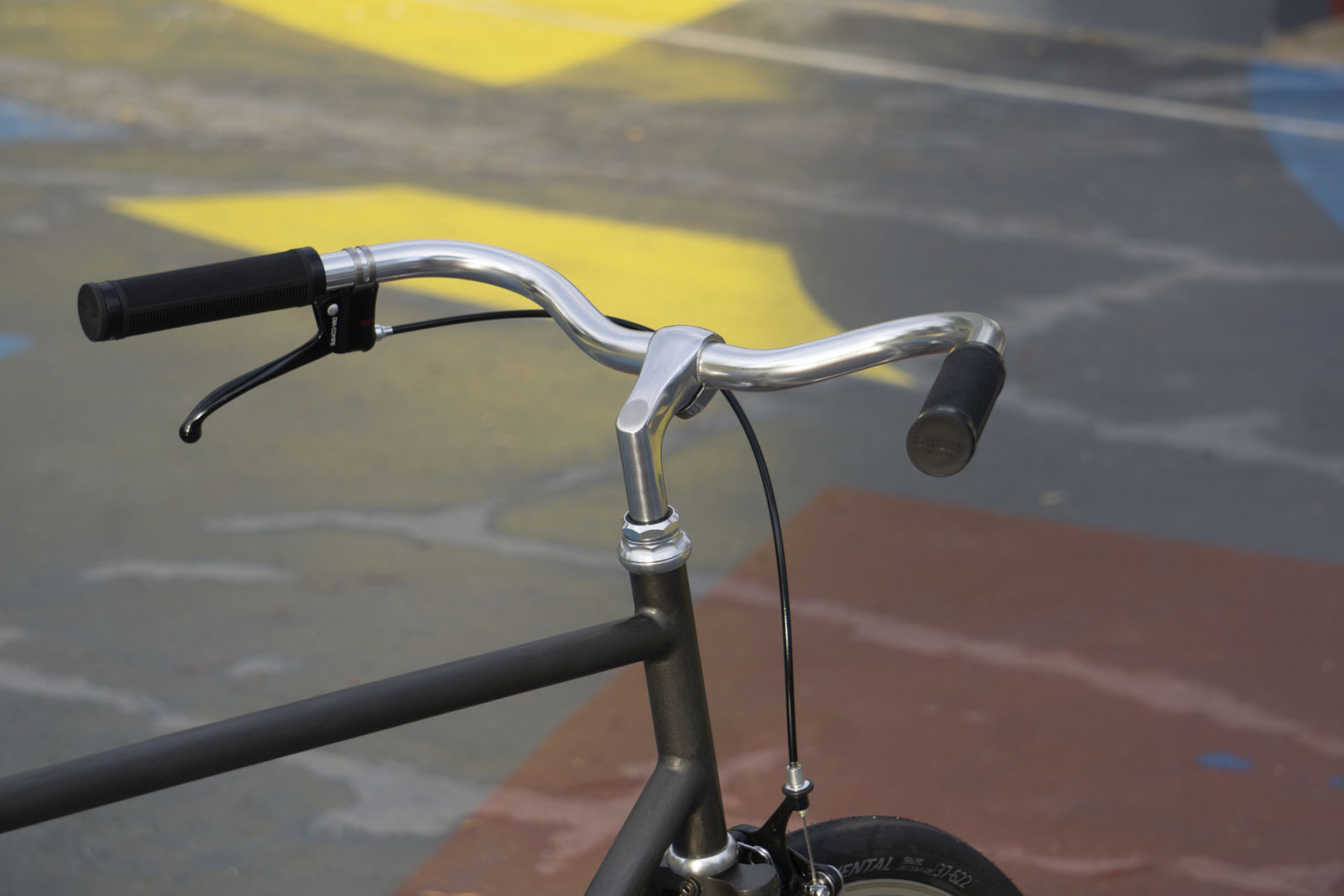 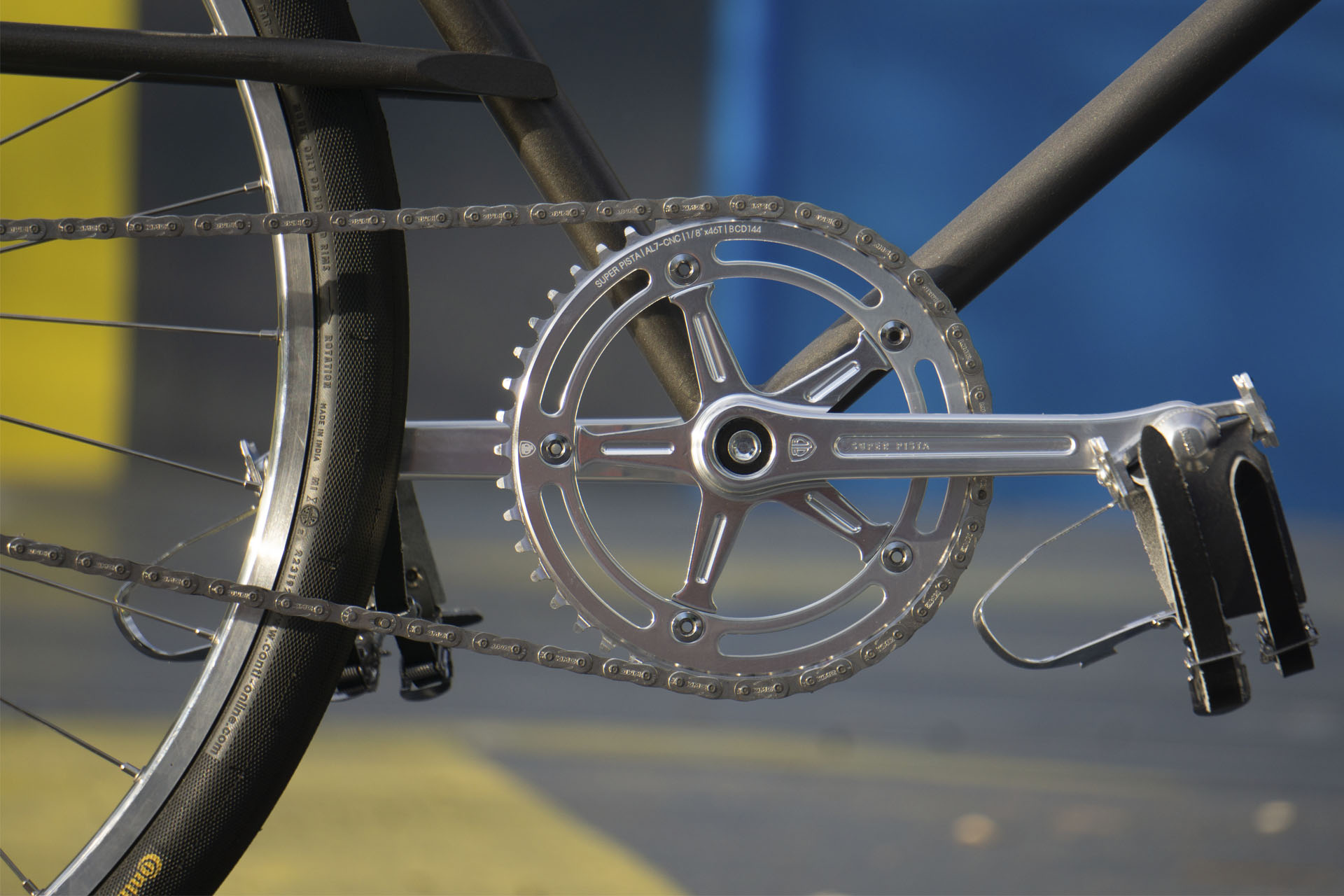 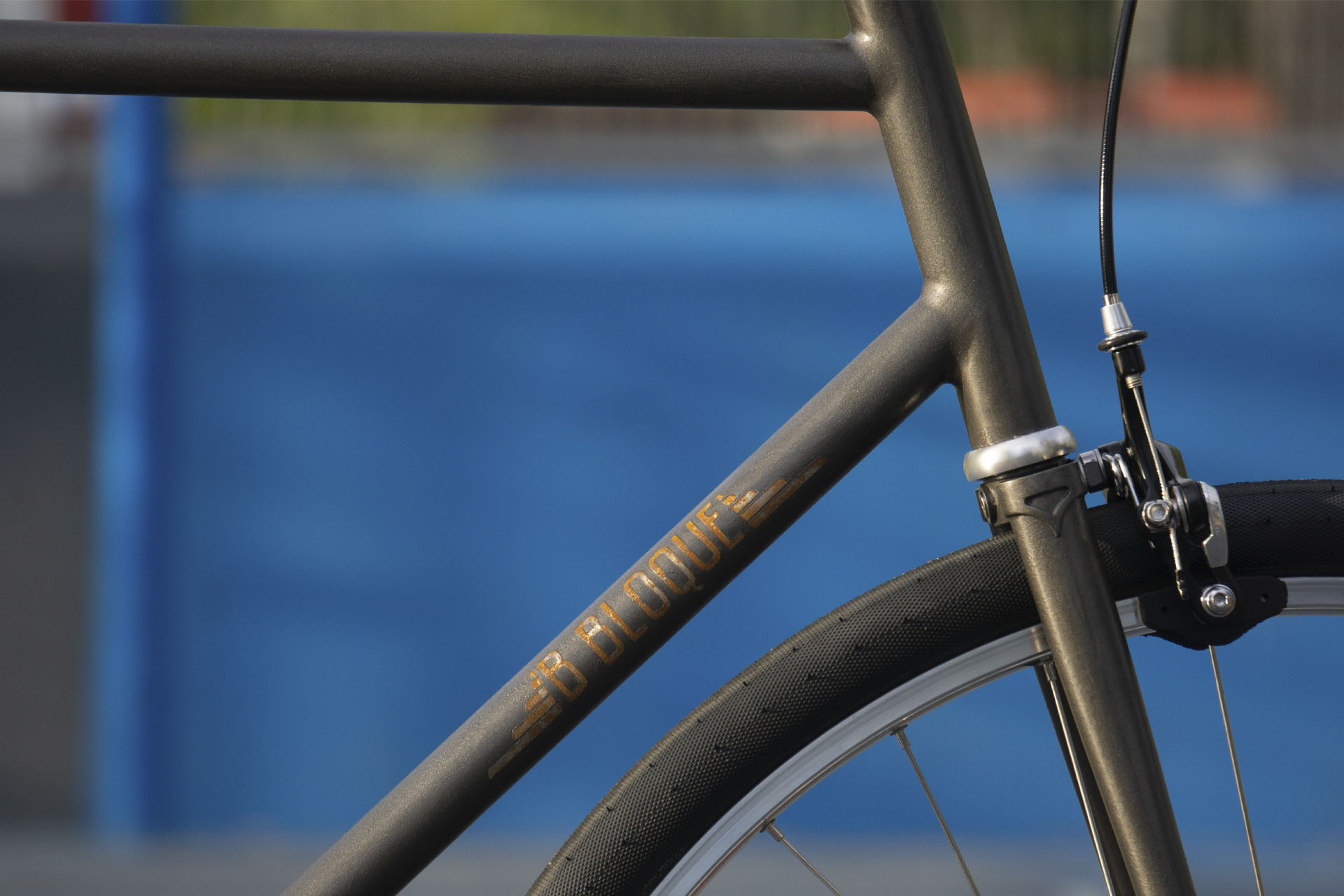 Aarón wrote us with a very clear idea. He wanted to ride a bicycle that he had seen in a post in ‘’The Radavist’’. A design made by a framebuilder based in UK (Dear Susan), who was inspired by the model that Edward Gorey (writer 1925-2000) illustrated in one of his books. (The epiplectic bicycle 1969).

It is a fixed gear bike; Aaron wanted a frame as symmetrical as possible and the top tube must be completely horizontal.

A mix of Columbus Cromor and 4130 CrMo with continuous thickness has been used, to give more stiffener. The fork has not been designed with rake, giving priority to aesthetics and making both the front and the rear with the same angle.

In order to have a better pedaling position, the seat post has been flipping off, the saddle has been advanced and a handlebar with setback has been mounted to improves the position on the bike.